Islam as a religion does not have a scripturally sanctioned calendar, nor is there a Sunnah or a Prophetic tradition suggesting one.  In Pre-Islamic Arabia there was a traditional 12-month calendar based on lunar phases with an intercalary month, referred to as an-nasī,ʾ ‘postponing’.  The purpose of the intercalary month was to synchronize the lunar calendar with the solar cycle in order to achieve a more consistent relationship between the months and the seasons of the year.

According to Abū Rayḥān al-Bīrūnī, the great 11th century Muslim scholar, this synchronization was necessary to accommodate, along with other things, the scheduling of seasonal trade cycles with annual pre-Islamic Hajj pilgrimages.[i]  Even though the season and the calendar are no longer in sync today, the names of the months, nonetheless, reflect the pre-Islamic seasonal changes such as rabi’, ‘spring,’ jumada, ‘summer,’ ramadan, ‘parched heat,’ dhul hijja, ‘pilgrimage, etc.[ii] indicating that some of today’s Islamic rites and rituals may not only have roots in pre-Islamic Arab traditions, but they were ordained within the existing cycle of the pre-Islamic or Jahiliya calendar that did have the occasional 13th month.[iii]

Crisis of Critical Thought in Muslim Societies: The Bidding of Bid’a

The Rise and Fall of Societies

With what frequency and to what heights do they rise depends on the degree of consciousness (awareness, degree of education) and the social and political environment conducive to such a rise and the opportunity that historical events provide as they unfold.

The global ‘civilizational’ pattern of development follows the sun as it had started in the East in China, moving to India and then the Near East, and slowly moving towards Europe that eventually jumps over to America and is probably at this stage of historical development jumping the Pacific Ocean to Asia. (Coincidentally President Obama is attending the Pacific Rim Conference in Honolulu to strengthen ties with its neighbors to the west.) 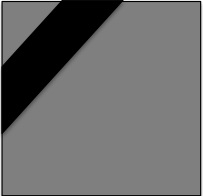 In the physical absence of Helen and Walter Vonnegut I find Anacortes empty, but it is their spiritual presence to which I am drawn here.  I find solace in sharing that numinous space and find comfort in knowing that it will always nurture my soul.

Beyond veracity and virtue that characterized them both and between restrained and expressive smiles that distinguished them as individuals, they modeled parenthood to my teen years and challenged my adult life as a parent.

Memories of a Peace Advocate

In 1984 National Geographic photographer Steve McCurry was in the region for a story on the refugee crisis. While touring a refugee camp on the Afghanistan-Pakistan border, he entered a large tent that served as a girls-only school. The first child he saw was a shy girl with fiery eyes, about 12 years old.

Ms. Laoura Avakiants, a scholar, an educator, and an artist recaptured that image through her artistic eyes in the Afghan Girl. This painting is one among many that Laoura has dedicated to the cause of peace around the world.