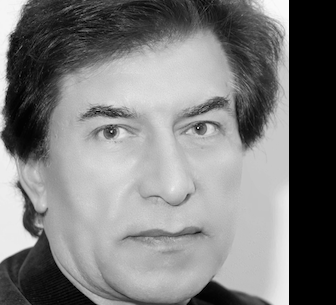 It’s Time to Crash the Parties

The faint pulse of the health of the American democracy is indicative of a serious systemic dysfunction suggesting the need for a major surgery, or at least an end to the two-party monopoly. There is a daunting disconnect between the American people and their politicians. The deceptive tune of this serenade of the ancien régime seduces the American electorate into thinking that this government by the two parties is actually a government of the people, as the Constitution claims it to be. Yet, there is no mention of political parties anywhere in the Constitution of the United States.

For far too long our election cycles have produced politicians beholden to the military-industrial-congressional-prison complex rather than the ordinary people whom they claim to represent. Much like the ancient two-face Roman god Janus, we get a new face at the helm every four or eight years, but unlike Janus who symbolized change and transition, the two-headed American monster charms the public by promising change. At the end the public get a promise, but the politicians “keep the change.”

For far too long the two-party monopoly has denied Americans a real alternative and in desperation they have often voted for the lesser of the two evils. In a situation akin to the communist era one-party hold on power, a third-party candidate doesn’t have a snowball’s chance in hell of winning an election. This political frustration and social alienation is met with revulsion by the public and has resulted in massive voter apathy.

The haze of unpredictability in the 2016 election is symptomatic of that revulsion where the mainstream politicians are left at the altar as the left and right extremes run away with the bride, shocking the flower girls and political pundits alike.

This trend in antidisestablishmentarianism indicates that Americans are tired of singing “Tweedledee and Tweedledum” in every election cycle, only to end up with a government that is the epitome of deliberate systemic dysfunction where stagnant obstructionism defines the Republicans and feckless conformism describes the Democrats. Not much of the concept of “demos” is left in the ideals of the Democrats and no real “public” interest is served by the Republicans. The dismal 11 percent approval rating of the U.S. Congress, according to Gallup, attests to this sad reality and is reason enough to throw them out just like the corrupt politicians who were literally dumped in trash bins in Ukraine and just as people’s power sent 26 corrupt bankers to 74 years in prison in Iceland. Nothing short of such a drastic measure will remind them that “We” as in “We, the People...” represent the American public and not the political parties or the ‘personhood’ of corporations.

This is why it is time to crash these two parties in order to salvage America’s dysfunctional democracy so that no longer could the House Republicans deny the president his mandate; so that no longer would the Senate indefinitely delay judicial appointments at all levels of the judicial system thereby denying the American people the speedy due process they are entitled to. Nearly half of all the 168 presidential nominees in all of U.S. history since George Washington have been filibustered and blocked during Obama’s term, according to the Pulitzer Prize-winning Politifact.

This is why the electoral landscape has changed completely in 2016. The emergence of Sanders and Trump at the opposite extremes of the political spectrum is symptomatic of the state of our system. Donald Trump’s fascist spatters smudge the windshield of a Republican Party train that has already been derailed by the Tea Party obstructionists and the evangelical extremists. For political prudence Sanders has grafted himself onto the Democratic Party, a party that is treating him like a stepchild out of spite because the party sides with corporate greed rather than the working class need. The Democratic establishment resents Bernie Sanders’ success as much as the Republicans are thrown aback by Trump’s shenanigans and demagoguery.

This state of affairs suggests to many that it is time not to just change horses, but to change the course. While some Americans seem resigned to the status quo, the majority sees the vulnerability of the two parties and their internal disarray and division as the best opportunity. Evidence has shown that short of a Constitutional Convention there are still ways to give the public their voice and their vote:

All of these changes would take us once step closer to a Constitutional Convention for a 21st century system update. Most important of all we Americans would have buried the stigma that our government system is ‘the best democracy money can buy.’

In the meantime however, during this 2016 election, Americans would be served better by a real choice as in “none of the above.” In a more leveled playing field that would ideally serve the interests of the American people better, Hillary Clinton could run as a Democrat, Bernie Sanders as a Socialist, Ted Cruz would run as a Republican alongside the Libertarian Gary Johnson, and Donald Trump barking fascist ideals would be simply another independent candidate.

The party pundits would do everything possible to prevent this from happening unless such an effort is preempted by a declaration on the part of the present field of candidates like Bernie Sanders, and possibly Donald Trump, to run on separate tickets this November. This will give the American electorate a real choice, where the public will be voting for ideas and ideals, instead of idols and idiots.