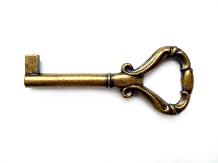 In Case of Zero Option

The Loya Jirga (Afghan National Assembly) met on November 19-25, 2013 and approved by consensus the bilateral security agreement (BSA) between the United States and Karzai governments.  At the closure of the assembly President Karzai told the 2500 delegates of the nation he would not sign the BSA until next year’s presidential election!

This raises the question of whether residual allied forces should remain or choose the so-called zero option as was done in Iraq.  The National Security Advisor, Susan Rice, immediately flew to Kabul and warned Mr. Karzai that Afghanistan does not hold great strategic value for American interests as he strongly counts on.  She warned him that the U.S. might go the way of zero option.

Seth G. Jones, who had served in Afghanistan, wrote the book, “In the Graveyard of Empires: America’s War in Afghanistan” and is presently the Associate Director of International Security and Defense Policy Center at the RAND Corporation.  On November 26th he wrote in the Wall Street Journal “The Obama Administration should publicly acknowledge its desire to keep a U.S. military presence in Afghanistan after 2014, while U.S. and Afghan officials go back to the drawing board.  The administration should not make the mistake it did in Iraq when it failed to reach an agreement with the government, withdrew all U.S. military forces, declared victory, and then watched al Qaeda resurge in Iraq and neighboring Syria.”  Unfortunately, the same tragedy had occurred when the U.S. abandoned Afghans following the withdrawal of Soviet troops.  It must be pointed out that the present terms of BSA do not herald either peace nor calmness across Afghanistan, when insurgency strongly opposes it and will not lay down their arms until all allied forces are withdrawn as some of the neighboring countries have expressed the same desire!  Fearfully, such continued arms resistance, through the course of time, may evolve into an unwinnable war of national liberation.

The position of Afghanistan since 19th century colonialism had made it either a battlefield for proxy wars or at best a buffer state between the Tsarist Empire in the north and British Empire in the south.  Now after thirty-five years of war following Soviet intrusions, Afghanistan finds itself not only subject to intervention by the allied powers because of terrorism but also by Iran, Pakistan, Central Asian Republics of Russian Federation and rapidly industrializing India and China which need its very valuable raw materials.

For many years, Afghanistan has been regarded as the Switzerland of Asia geographically, but has never imagined with a comparable political status of total neutrality.  Germany, France, Italy, Austria and Liechtenstein historically have surrounded Switzerland with spilling of a lot of blood, no less than found in the Afghan history.  In 1798, French revolutionary forces occupied Switzerland, but when the war among rivals of France broke out, Austria and Russia invaded Switzerland.  In 1815, the Congress of Vienna re-established Swiss independence and the European powers agreed to recognize its permanent neutrality.  Later, in 1800’s Switzerland had internal sectarian wars between Catholics and Protestants but never with other countries since the declaration of its neutrality.  Switzerland was accepted into the United Nations in 2002 with full recognition of its complete independence and its legally binding neutrality.  Interestingly enough, Afghanistan has also been able to maintain its neutrality since the 1919 war of independence from Britain and through the course of First and Second World Wars living in peace.  Afghanistan became a 1961 Charter Member of the Non-Aligned Countries during the cold war and remained so until the bloody communist coup of 1978.

Switzerland and Afghanistan are both land-locked, situated in the heart of Europe and Asia respectively.  They both had a bloody and turbulent history because of the powers surrounding them.  The Swiss, after sectarian wars became wise and stopped their battles among their districts (Cantons) with different languages, customs and sects for the sake of peace, security and a better life for their people.  Thus they fulfilled those aspirations without outside intervention better than any other nation.  Afghans in spite of ethnic religious differences, given the opportunity, one day also may become a show window of peace, democracy and prosperity in the heart of Asia.

We think that this third alternative requires two things to occur, first gradual and extended withdrawal of allied forces from Afghanistan with their replacement by the United Nations’ peace keeping forces which are less objectionable to the Afghan populace.  Secondly, for lasting peace, which will allow the fledgling Afghan democracy to gain firm footing, it requires a United Nations mandate guaranteeing the independence and legally binding neutrality status of Afghanistan by allied and regional powers.  No doubt, a truly democratically elected Afghan government under the auspices of United Nations will require economic assistance and expertise for another decade.  With this possible third choice for allied forces and Afghan people, the probability of success for peace will be far greater and with far less loss of blood and treasure with a laudable legacy.  The pros of this third option outweigh the pros and cons of all-or-non proposition presently lying on the negotiation table unsigned.