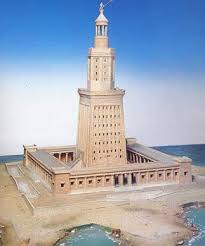 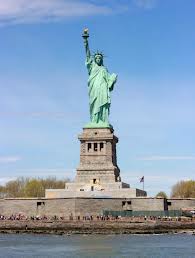 Egypt and America in Historical Twists of Ironies

On the Eve of the Fourth of July, fireworks erupted in Tahrir Square in Cairo and in Times Square, New York within hours of one another. There were parallel scenes of excitement and jubilation on Cairo's 6th October Bridge and on Brooklyn Bridge. From a distance Lady Liberty was crying over one event while laughing at the other.

What does Lady Liberty have to do with Egypt and freedom? Everything.

Lady Liberty, formerly known as Lady Egypt was born in 1855 in the imagination of a young sculptor Frédéric Auguste Bartholdi, from Alsace, France, a land that struggled for freedom. Bartholdi fell in love with Egypt, another land that was struggling for freedom at the time. Barthodli saw that the eyes of the granite majesties in Luxor were fixed on a distanced future, but equally reflective of a glorious past.

In 1869 when the Suez Canal was opened Bartholdi returned to Egypt with the blueprints for a sculpture that would revive Egypt's past glory of the Lighthouse of Alexandria that rivaled the Colossus of Rhodes across the Mediterranean. Those two wonders of the Ancient world had fallen, but the spirit was to be revived in Lady Egypt, a giant of a woman draped in Egyptian cotton toga who would double-up as a lighthouse at the entrance of the Suez Canal -- a nice way to wed Egyptian myths with Greek logic.

While Bartholdi was trying to shape the looks of Egypt's modernity, Sayyed Jamaluddin Afghani, an Islamic revivalist, had come to Egypt a year earlier, on July 7, 1868 to liberate Egypt's mind from colonial suppression. Afghani started an anti-colonial campaign that took him all over the Muslim world and Europe where he debated European thinkers on the virtues of meaningful modernity and self-determination as the right of every human society.

Bartholdi's dream of building a colossal structure like Lady Egypt turned into an illusion for shortage of funds when the Egyptian economy collapsed. Egypt's destiny had been tied to that of a far away country, the United States of America. Because of the blockade of Southern cotton during the American Civil War, the North basically outsourced slavery back to Africa. Cotton plantations popped up along the Nile and Egyptian cotton became gold. "But the price of cotton crashed after the Civil War and so did Egypt's economy. Suez revenue could have picked up the slack. Instead, it went into the pockets of European investors."

Bartholdi, followed the trail of money to look for investors and arriving in New York, he spotted Bedloe's Island in the Hudson and East River delta perfectly positioned for his masterpiece. So Lady Egypt, the Orientalist aspirations of an Alsatian sculptor that was inspired by the sturdy structures of the gods of Luxor with a gaze of authority over the Greeks in the Eastern Mediterranean was to be built across the Atlantic. The convenience of the 100th anniversary of the American Independence in 1876 made it a timely present to the American people.

The economic and political destinies of Egypt and the United States were linked through black fellahin turning white cotton into gold and shedding their red blood in the process. These became the colors of the flag of Egypt as its economy crashed, its canal revenues ransomed by its European builders, and the symbol of its past glory shipped off to America.

One hundred and thirty-seven years later, Lady Egypt now known as Lady Liberty stands in New York Harbor and sees directly and telepathically the eruption of fireworks in Times Square in New York and in Tahrir Square in Cairo. She hears screams of freedom and liberty on Brooklyn Bridge and on Cairo's 6th October Bridge. In one scene the freedom and democracy is celebrated in the other a democratically elected government inspired by the ideals of Sayyed Jamaluddin Afghani is toppled by the military.

The unifying factor in Afghani's awakening call was seen as a great threat by colonial powers then as it is seen by imperial powers and their client states today, hence the vilification of Islamists. Most political movements in the Muslim world have taken their inspiration directly or indirectly from the teachings of Afghani, including the Muslim Brotherhood that formed as a political party in 1929. The Muslim Brotherhood created the thrust and popular momentum that eventually lead to the nationalization of the Suez Canal.

For its ideological survival today, however, the Muslim Brotherhood needs to recast its political agenda in 21st century reality and need a system upgrade aimed at forming an Islamist government instead of creating an Islamic state. This critical distinction is lost on many.

The fact that as a democratic society we Americans are jubilant about the triumph of militarism over democratic process is no irony, as the Egyptian military, supported by $1.5 billion annual U.S. aid, is perceived by many as the American fifth column in Egyptian authoritarianism. The denial from the Nile that this is not a military coup can't whitewash the reality that the old guard is back in charge.

The fact that the politics and economics of Egypt and the United States have adversely affected one another for so long indicates that this Fourth of July, Egypt seems to have lost to the same beneficiary not only Lady Liberty, but liberty itself.