As Eye Sea It

Welcome to As Eye Sea It.  This web site presents perspectives on the world as the Inner Eye sees it through the Divine Sea of Beingness. It reflects on meaning as the very essence of being. We hope that you will attain to a higher state of consciousness through awareness in the being and an aspiration in the becoming as we all strive and stride towards perfection through the mind and throughthe heart.

We hope that your visit to this website is intellectually stimulating, spiritually rewarding, and the pacifist perspective present here is uplifting for those who consider all humanity as one family. We also hope that the power of word for the expression of peace and love through prose and poetry heals the scars that the unpleasant realities of the world leave on our souls.  In that respect we are not driven by ideologies, but by ideas to raise consciousness so that the global disenchantment may be diminished or lessened. 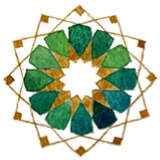 Stanizai.org, along with its soul-mate website Stanizai.com, offers hundreds of essays, articles, and blogs and countless hours of public presentations, lectures and interviews, in audio and video formats, in an effort to make but a smidgen of difference in the reorientation of our collective human consciousness.
Towards that end, this website has been redesigned so that the depth and breadth of the analysis is presented through a plethora of topics ranging from mystical poetry to historical analysis and from political perspectives to archival material that speaks to the relevance of current issues.

You may choose to use the pull-down navigation menus or if you prefer, you can skim through the following outline with live links to the desired page—just point and click. 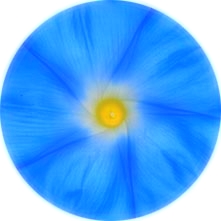 As Eye Sea It reflects the views of its author, Zaman Stanizai

Zaman S. Stanizai, Ph.D. is a Professor of Mythological Studies at the Pacifica Graduate Institute in Santa Barbara, California and he teaches Political Science at California State University, Dominguez Hills. He has a doctorate in Political Science from the University of Southern California in Los Angeles and a Master’s Degree in Linguistics from the University of Washington in Seattle. As a Fulbright scholar he has worked in Indo-Iranian languages and his post-doctoral studies have been in Islamic mysticism, and depth and sacred psychology.

He has taught at several colleges and universities in Southern California and abroad and has lectured widely on Islamic contributions to world civilization reflecting on current conflicts in historical context.  He has written on political theory with emphasis on the viability of third world states encountering globalization, and on political identity focusing on the politicization of ethnic, national, and religious identities as a contributing factor in regional and global conflicts.

In his literary endeavors Dr. Stanizai explores beauty in the depth of thought through a modern perspective. As a published poet Dr. Stanizai has translated the works of Rumi, Hafiz, and Rahman Baba whose classical style he emulates in his Pashto and Dari Persian verse.

In his peace advocacy Dr. Stanizai addresses the prevalence of archetypal warrior culture and pursues a pacifist stream of consciousness that can be summed up this way: “Build tomorrow’s bridges from the bricks of yesterday’s walls of separation.  Span them across the murky waters of cultural relativism to see yourself in the ‘other’ on the other side.”

Much of what eventually appears in electronic-print form, audio, or video format in As Eye Sea It (Stanizai.org) or its soul-mate website The Indigo Firmament (Stanizai.com) has originated in some form as a presentation, a talk or a lecture in centers and institutions of higher learning to whom I am greatly indebted.

I would like to thank the Departments of Political Science and International Relations at USC, the UCLA Extension Beyond the Headlines public lecture series, Santa Monica College, San Bernardino Community College, and California State University, Dominguez Hill for inviting me to present on some aspect of the global political crisis.  I particularly want to thank Professor Hamoud Salhi for inviting me as a guest lecturer to his on-line Political Science classes at CSUDH.

I am grateful to Pacifica Graduate Institute whose milieu has spun my most mundane thoughts into a higher spiritual dimension.

I would like to thank the staff and administrators and organizers at the Academy of Islamic Thought, the Islamic Center of Southern California, the Omar Ibn Khatab Foundation, the Iman Peace Center, Kanoon-i Sukhan, the Film Society, and the Skirball Center for facilitating my lectures and for providing their facilities for audio and video recordings.

I also thank the staff and managements of KCET Los Angles, Ariana International Television and Zarin Television in Orange County for hosting and facilitating the recording of several of my interviews.  I would also like to thank Mr. Mahmood Waseeq the anchor and producer of Bargasht ba Qur’an and Tafahom dar Partaw-e Qura’n programs for being generous with his time and understanding with his inquiry in venturing into the unknown. I thank Dr. Hamid Mirza Aghassi, producer and anchor of the Surosh-e Islam program for his in-depth, inquisitive, and thought-provoking questions and for sharing his vision of ‘one Islam, one humanity.’ I also want to thank the staff at KIRN, KPCC, and KPFK and its Radio Intefada program for becoming the voice of the voiceless.

I am indebted to many thinking-rich friends who have helped me tease out the inconsistencies of thought thinking through me. I am appreciative of those who have helped the inspiration within reveal—and surprise me.  I am very grateful to Joan Temple, a friend and colleague, for the copy editing of much of my work that she has done patiently, diligently, and selflessly.  When she comments here and there saying, “educate me,” you can be sure reciprocity had already kicked in.  I thank my good friend Fernando Miranda whose rigorous and painstaking help with the audio and video editing, especially when it is done in languages he does not understand, is admirable. I thank Farzana Cassim for her Internet-related assistance.

Most of all, I am indebted to my family who gives me the peace of mind to write for the cause of peace in hopes that someday its serenity may permeate all our lives.  I am grateful to the Divine within who stirs up the chaos without so that my being may have a sip from the elixir of meaning served in the chalice of the human heart.