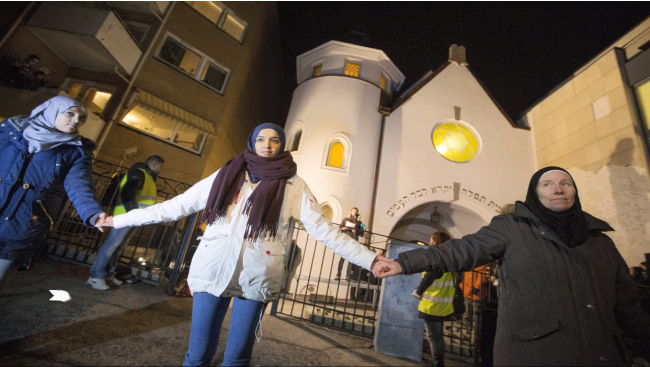 Norway's Jewish community is one of Europe's smallest, numbering around 1000, and the Muslim population, which has been growing steadily through immigration, is 150,000 to 200,000. Norway has a population of about 5.2 million.

The debate over immigration in the country came to the forefront in 2011 when Anders Behring Breivik killed 77 people and accused the government and the then-ruling Labour party of facilitating Muslim immigration and adulterating pure Norwegian blood.

Support for immigration has been rising steadily since those attacks, however, and an opinion poll late last year found that 77 percent of people thought immigrants made an important contribution to Norwegian society.