The subject of the U.S.-Afghanistan Strategic Partnership Agreement or the Bilateral Security Agreement is being hotly debated these days and has been addressed in detail in our Pashto/Dari website Stanizai.com  Here we would like to address a debate from the Internet email line that had taken a disturbing turn recently.  The debate for and against the agreement began with two Afghan scholars Dr. Waheedullah and Dr. Noorzoy.

Based on some legitimate and some trashy emails that have come our way this otherwise sound and healthy debate got derailed when Dr. Waheedullah ‘disqualified’ Dr. Noorzoy for even having the right to discuss the matter, let alone take a position against it.  Dr. Ahmad Shah Durani very aptly and gently reminded Dr. Waheedullah of the Nelson Mandela, i.e. Mother Teresa approach to reconciliation.  A great opportunity for course-correction was missed at that juncture, instead the debate turned into a dirty mudslinging campaign aimed at the person, integrity, scholarship, and honor of Dr. Noorzoy. The counterpunch came as insults were hurled and accusation were made questioning the integrity and credibility of Dr. Waheedullah using the time-tested character assassination tactic of labeling him as a communist.

It is pitifully sad that these intimidating and threatening cheerleading comments come from people with real or pseudo names who unfortunately don’t live up to the significance of their beautiful names.  They blatantly expose each other and their dirty laundry in public. They seem to have a claim on being the only righteous representative of the people of Afghanistan with an attitude that no one should risk disagreeing with their viewpoint. More importantly these seemingly educated individuals who poise as if they are versed in the etiquette and mannerism of a modern public discourse are hijacking this pubic forum for their own family feuds and ideological turf battles.

Gentlemen!  This insanity must stop.

We owe an apology to our scholars, elders, and dedicated civil servants.  Dr. Noorzoy has expanded on the economic dimension of the political crisis of Afghanistan that has been dragged into an East-West conflict making the country its battlefield.  Dr. Waheedullah, a recipient of the Mother Teresa Award for Peace, is a seasoned diplomat in conflict resolution that makes every Afghans proud.

This we do not out of mere courtesy, but out of a moral obligation for scholars and thinkers. Lest we forget that the first two revelations of the Qur’an symbolically, metaphorically, allegorically, and literally stressed the significance of the pen in human evolution as a medium of knowledge.  The Prophet is reported to have said that the ink of a scholar’s pen is worth more than the blood of a hundred martyrs. We must also be grateful to our immersion in Western political thought that gave us great thinks such as the French philosopher Voltaire who said, “I do not agree with what you have to say, but I’ll defend to the death your right to say it.”  If I may paraphrase Stephen Fry: ‘Just because you are offended, doesn’t mean you are right.’

So whether you owe it to the East or to the West, the consensus on common courtesy is clear. If we have any decency in having tapped onto our Eastern roots, Islamic identity, and Afghan cultural traits we must respect those who are endowed with the power of the ‘pen,’ our scholars, our elders, and those who have dedicated their life to severing others.  If we have learned anything from Western social and political values, it must begin with respect for the opinion of those who differ—how else will we know if we are at fault?

Egocentric turf battles will not alleviate the pain of the misery-trodden, poverty-stricken, economically deprived, politically marginalized living beings whose foreheads were etched with an Afghan/Pashtun identity.

Let’s not act out of paranoia and see an ISI agent or a former communist behind every stone. Lets not hate this or that neighboring country so obsessively that we forget our own interests.  Let’s not plunge head on into an inescapable quagmire as victims of fear mongering.

Let’s instead have a healthy debate on the essence of the subject at hand and present factual, documented, reasoned, persuasive arguments as to whether the BSA is beneficial or harmful to the present and future of Afghanistan. The personal integrity and character of our two very respected scholars and that of any other individual who expresses opinion on this matter must be kept out of this. Instead we should refute their facts and claims and counter their reasoning logically and not emotionally.

(We plead with all recipients to enter this debate with honor.  They must delete the name and email of any individual who resorts to insults and personal attacks and their emails should be returned with a strong rebuke to prevent the hijacking of our God-given right to the freedom of expression.)

The Debate team consists of Dr. Waheedullah and Dr. Noorzoy who are honorable and concerned human beings with awakened conscious who are engaged in addressing social causes and political concerns of the people of Afghanistan in their different ways.  The issue on the table is the U.S.-Afghan ‘Bilateral Security Agreement,’ BSA.  Any individual with sound and constructive opinion should critique or support the merits of the agreement without attacking the individual proposing it.

POINT: Dr. Waheedullah favors the signing of the agreement because if the U.S., NATO, and ISAF forces leave Afghanistan, Pakistan and/or Iran will interfere and invade Afghanistan. Dr. Waheedullah has reason to believe that his position is viable and his fear is justifiable based on his experience as a UN diplomat in the many political trouble spots around the world. (Most of us have been privy to his tirelessly engaging debates and opinions that he has so generously and regularly shared with us.  We are all indebted to him.)

COUNTERPOINT: Dr. Noorzoy’s argument is that the 12 years of the status quo of foreign occupation has brought only misery to the majority of Afghans. The political system is corrupt by design and intrigue. As an eminent scholar he documents and references almost every paragraph of his position paper.  His research and analysis have been of the highest academic standard. His endeavors seem to straddle the very critical domains of Afghan politics and economics. (Dr. Noorzoy has dedicated at least the last 40 years of his life to the wellbeing of the people of Afghanistan. We are grateful to him.)

You may ponder these (and other) questions:

Afghanistan’s ruler was faced with the dilemma, ‘to sign or not to sign,’ an agreement exactly 120 years ago—the Durand Agreement of 1893—and earlier in the Gandomak Treaty of 1857.  Is the present dilemma before the signing of the bilateral security agreement in any way analogous to those in the 19th century or not?

In the absence of Western forces, what are the prospects of Iranian and/or Pakistani invasion of Afghanistan? Will the trained ‘national’ armed forces with the possible cooperation of the present armed opposition be capable of warding off such a threat?  Will the world community just stand by in the event of a drastic shift in the regional balance of power?

Congressman Moran is echoing the threat/coercion/persuasive tactics of John Kerry in saying that unless the treaty is signed, there will be no assistance to Afghanistan. Is this the tone of a mutually beneficial treaty or of a coercive black mail? Does coercing the head of an allied country call into question the sovereignty of that state?

This agreement is claimed to be beneficial to the people of both the United States and Afghanistan while the majority in both countries oppose it either as a military involvement or as a constant threat to their daily life. If the agreement is bilateral, why isn’t the issue debated among the people of the United States and why didn’t they convene a Constitutional Convention like the Afghan Loya Jirga to discuss its merits?

Once the issue is sufficiently discussed and the debate is conclusively over, you may come up with (an) alternative solution(s) to the crisis in Afghanistan.

Thank you for your courtesy. 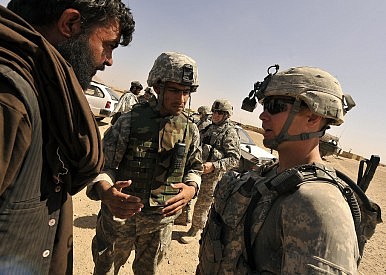 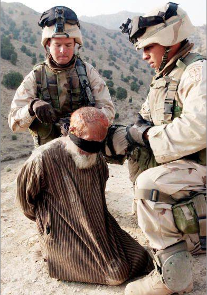