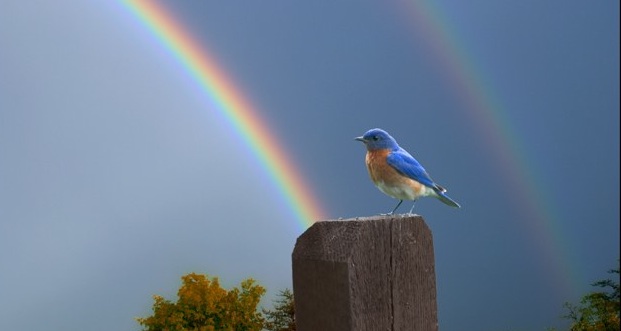 Islamic spirituality consists of both exoteric and esoteric dimensions.  Within esoteric Islam, Sufism is a journey from the outward to the inward—a journey between transcendence and immanence in which the Sufis become the personification of the ideal condition of fitra—inner and outer harmony.  This harmony is sought through knowledge and practices common to many spiritual traditions.

Sufism, like its religious tradition Islam, shares its universalism with Christianity through similarities in contradistinction. Christianity anthropomorphically applies human characteristics to god while Islam and Sufism elevate humanity theomorphically to reach God by means of acquiring the essence of God’s attributes.

Through a potentiality of ascension, Sufism become like Zen Buddhism in that it strives to attain spiritual union with the Beloved through hal, a state much like nirvana.  While the essence of Zen is in the being, Sufism’s essence is in the tension between the being and the becoming—the Sufis cease to “be,” in order to “become.”

For a Sufi, the divine is simultaneously the impersonal universal unconscious as it is the personal intimate Beloved.  In this perpetual transformation the Sufi spins with the cosmic whirl that personifies the visible shape of most everything in the universe from the electron and proton within an atom to the galactic spirals for which the enormity of our ‘universe,’ is but a speck of dust.

Islam is universal Judaism, the mystical traditions of the two religions, Sufism and Kabala, have much in common as they keep the realm of the divine out of the reach of humanity.  In Kabala the divine has a name too sacred to be spoken while in Sufism the closest thing to a perception of the divine is that ‘there is nothing like His like.’

Sufism relates to the many polytheistic traditions of the world like Shinto and Hinduism by attributing the characteristics of their pantheons as the 99 names to the one and only God.  In the same vein Sufism takes the dualism of Zoroastrianism back to its original interpretation in that the darkness of the Ahriman is but the shadow side of the self that must be tamed in order for the light to shine through.

A whole gamut of theosophical precepts makes Islam very inclusive and turns Sufism into a confluence of reason and faith that is unique and universal at the same time. While, through an illusion of superiority, some create an otherness in others and look for differences, Sufis emphasize the similarities among the various mystical traditions through which humanity bonds in harmony.  That sameness becomes more evident as we leave the outer shell of socially identifiable religions and immerse in the beauty of their spiritual cores.

My 5-year-old Sara was once trying to convince her 2-year-old sister, Nadia, that the blue balloon, which neither of them wanted, was as good as the red balloon that they both liked, by telling her: “Nadia, look! It’s the same difference.” I marvel at the beauty and simplicity of childhood wisdom and how it stands in stark contrast to the mind-numbing entangled syllogisms of adult language that marginalizes thought and meaning.  It seems like we lose a lot more than innocence as we (supposedly) ‘grow.’

The balloon analogy does apply to our religious identities. The outer shells of our traditions are like inflated balloons. Regardless of color, their smooth and shining surface reflects our warped egos. In ‘actual’ size, they are manageably harmless, yet when full of hot air, they can blow up on our face.  But when filled with the spirit of Ellahi or Elohim, often misspelled as helium, these balloons rise to a higher realm and where they realize that the devastating divisive differences, that some promote, disappear in the oneness of humanity.

Through such oneness, universality, and inclusion the Sufis strive to self-actualize in being in this world, but not of this world.  They deny such worldliness with all its trappings.  Rumi whose spirit cannot be contained in a particular religious, political, or national identity, defies the claim of being an Afghan, an Iranian, or a Turk and in a prophetic vision denying otherness in countless ways as this abbreviated translation of his thought shows:

What can be done, O believers, as I don’t recognize myself?

I’m neither a Christian nor Jew, Magian nor Muslim.

I’m not of the East or West, neither land nor sea;

I’m not of the kingdom of Iraq, nor Khorasan.

My place is in the placeless, my trace in the traceless;

I’m neither body nor soul, as I belong to the soul of the Beloved….

Knowing that the visible reality is defined by the limits of our sense perception, the Sufis attempt to know the unknowable through a re-absorption into transcendent reality beyond the realm of reason and the fascination of faith.  They realize that beauty is not in the eyes of the beholder, but in the tension between the drawing power of beauty and the throbbing of the human heart in a blissful suspense of love and longing where the divine and the human consistently go through a role reversal, as they reciprocally become the Lover and Beloved.  Losing oneself in such a perplexity transforms us from being to becoming.  The 17th century Afghan Sufi Rahman Baba speaks of the joy of such loss of the self:

Like a river I relentlessly escape from my self

and find myself a treasure trove of pearls, like a river….

In this spiritual reflective reciprocity the divine and human mirror each other in awareness where the presence of one defines the existence and presence of the other reciprocally.  The 16th century Indian mystic Abul-Ma’ani Bydil voices this notion:

I offer the beauty of a hundred rose gardens to greet Thy presence.

I beg of Thee not to leave, for like a mirror, your reflection would disappear from my (sur)face.

While Bydil sees the reflection of the Beloved in serenity, Hallaj’s pleading with the divine for a sign is answered through the echo of a resonance: